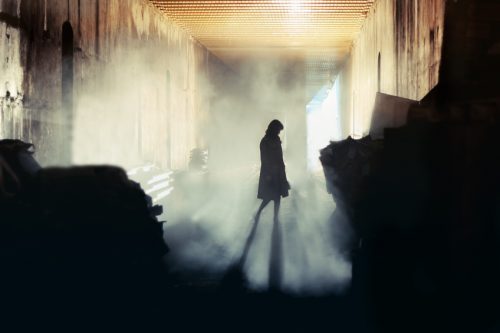 As a real estate professional, you may have come into contact with a spooky space. Self-slamming doors, footsteps on the stairs, the laughter of small children - we've heard all about haunted houses here on Housecall. But are there any disclosure laws for selling a haunted house?

With Halloween haunting us from right around the corner, Western Michigan University-Cooley Law School professors are sharing their thoughts regarding disclosing paranormal activity during a real estate transaction.

“In most areas of the country a home seller would not need to disclose whether their home is haunted, but laws differ by state or even local ordinances,” says WMU-Cooley Professor Chris Trudeau.

“In Florida there is a stigma statute that absolves responsibility of disclosing past murders,” says Professor Renalia DuBose, who teaches at WMU-Cooley’s Tampa Bay campus. No need to disclose past murder? Potential buyers may not appreciate this, but that doesn't mean it isn't legal.

Related: Buyer Beware: Would You Scare Up the Cash for These Haunted Houses?

New York's Stambovsky v. Ackley is often cited when discussing disclosure of haunted happenings. In this case, the state’s Supreme Court said that a house, which the owner had previously advertised to the public as having paranormal activity, was legally haunted for the purpose of an action brought by a purchaser of the home.

“Under Stambovsky, when a homeowner tells others their home is haunted, they would have to disclose this information,” says Trudeau. “If a home has a reputation, or is known as a haunted, it will need to be disclosed. The house in the Stambovsky case had media coverage about it being haunted.”

Trudeau notes that laws do differ by state, but the disclosure of psychologically affected properties depends on what others know and do not know. “Such disclosures would be positive under good faith,” he says.

The verdict: Unless your property has had high media coverage for spooky spectacles, feel free to keep those skeletons in the closet.