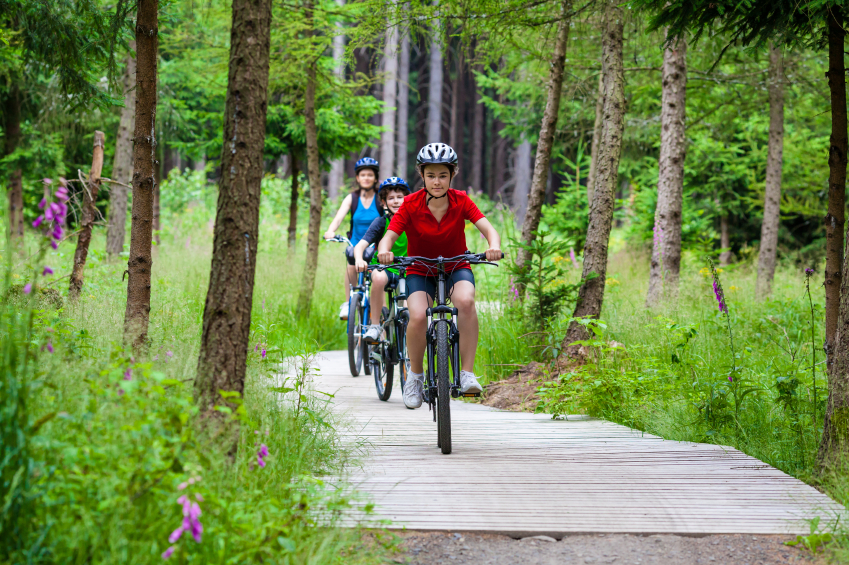 Bicycle-friendly amenities are contributing to a surge in property values TWEET in communities across the globe, marshaled by developments in urban centers and suburban outposts that accommodate “active” transportation.

The report, “Active Transportation and Real Estate: The Next Frontier,” cites a considerable statistic: on a national scale, the values of homes in areas with “above-average” access to active transportation are higher than those of comparable properties by as much as $34,000.

Homes in proximity to the bike-able Indianapolis Cultural Trail, for instance, have seen an astronomical rise in value since the trail’s opening six years ago—148 percent, the report states. In Radnor Township, Pa., the Radnor Trail has raised the values of properties within a quarter-mile by an average approaching $70,000. Similar trends have also emerged in Atlanta and Dallas.

The draw to these trails, or networks, is primarily enhanced well-being, with the increased sense of safety—made possible by features like graded paths, protective posts and “bicycle boulevards” —especially appealing to bicycle commuters, who contend with motorists daily. The opportunity for outdoor physical activity has also markedly piqued interest.

Beyond those benefits, bicycle networks can lead to a reduction in air pollution and vehicle greenhouse gas emissions. The Department of Transportation claims half of all trips taken in the U.S. are less than three miles long—a 20-minute ride by bicycle, according to the report.

Big-picture implications arise, as well. The report points to significant increases in rents and retail sales, and a decrease (by the millions) in medical costs, all as a result of trail-oriented development.

Many communities, however, lack access to facilities that fit the bicycle-friendly criteria. Nearly half of participants (48 percent) in a previous ULI study reported inadequate infrastructure to support cycling, though over half (52 percent) would prefer to live in an area without the need for a car.

The cause of this imbalance is unclear. The funds needed to install a bicycle network are relatively modest:  the report references Portland, Ore., which constructed a 300-mile bike trail for approximately the same cost as one mile of a four-lane freeway. Builders have begun to cater to the mounting demand for accessible development, but key members of the industry have yet to take action.

“At its core, the bicycle boom is about people choosing a lifestyle that gives them more options and requires less dependence on motor vehicles,” the report states. “Through supporting bike infrastructure, real estate professionals who influence the built environment [buildings, neighborhoods and streets] can play a significant role in creating healthier, more sustainable communities.”

Is there a bicycle network in your community? Do you promote it in listing descriptions? Share your experience in our comments section below.