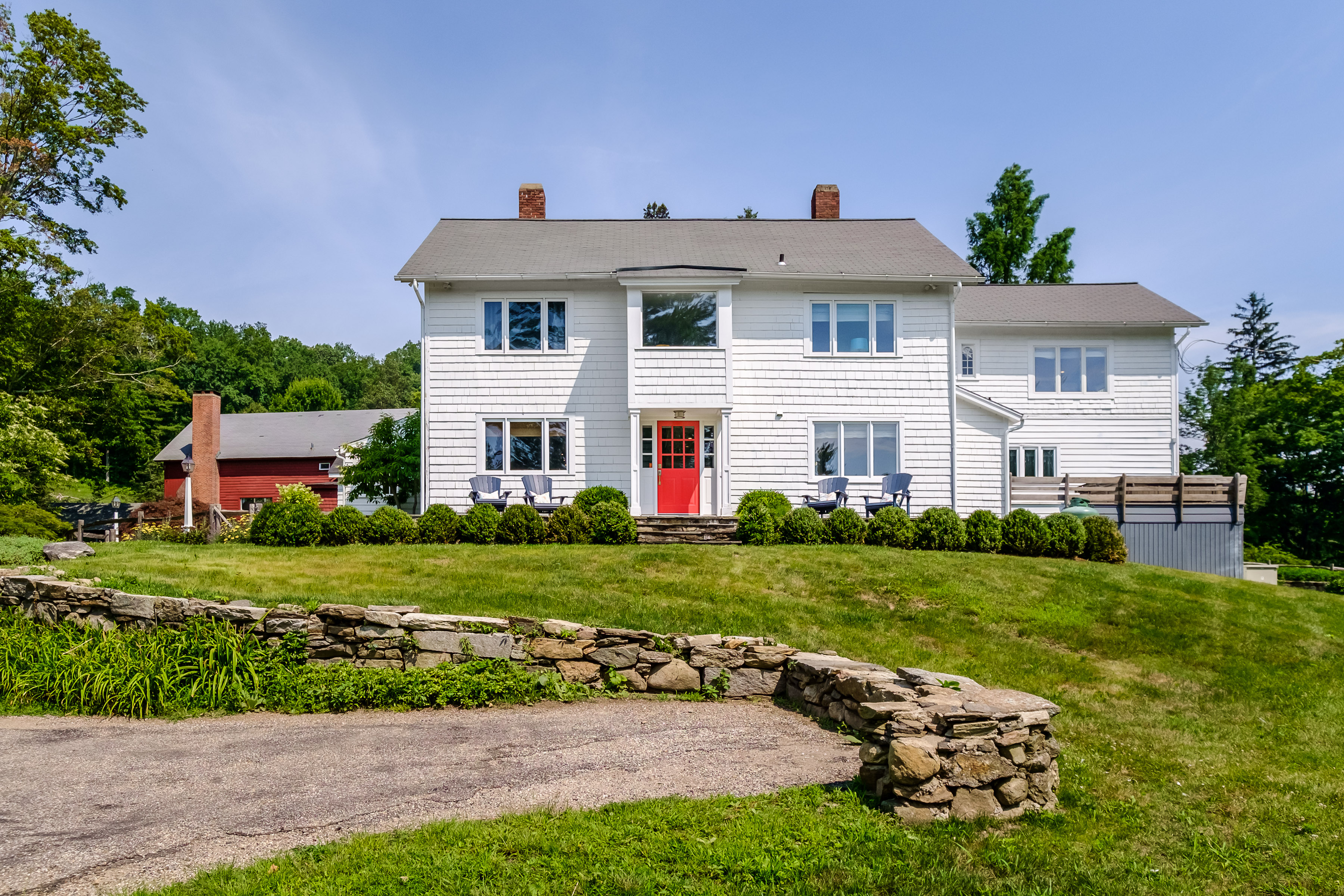 Most Americans know Samuel Langhorne Clemens (aka, Mark Twain) as the author of “The Adventures of Tom Sawyer” and “Adventures of Huckleberry Finn,” but he was also a family man, who had four children in his lifetime with his wife Olivia Langdon.

As a provider, Clemens had made today’s equivalent of $8 million dollars from his writing and touring while his children were still young. Unfortunately, due to some bad investments, he lost everything and moved the family to Europe until a friend came to his aid and helped him set up a plan for paying off his debts and rebuilding his personal finances. With this accomplished (and following the death of his wife in Europe), Clemens returned to Connecticut with his kids to begin anew.

Clemens settled down at his country home, Stormfield, outside of Redding, Conn. and bought the farm next door, (“Jean’s Farm,”) for his ailing youngest daughter Jean with the hopes that someday she would be in healthy enough to move in. That farm, located next door to his own country home, is now for sale.

Jean’s Farm is a storybook farm dating back to the mid 1800s and spread across its pastoral 18.7 acres. Well sized for a gentleman’s farm, horses or as a hobby farm, it still retains the romance of its original roots on the exterior; the interiors of the buildings have been completely refurbished from the studs out and repurposed for today’s lifestyle and entertaining. Today the farmhouse has lost none of its country charm and the 1860 barn is now devoted to movie theater, games and indoor sports with the bonus of a full apartment.

There is also a separate studio and a saltwater swimming pool, children’s play area and plenty of room to roam. With approximately 3,645 square feet, the main house has five bedrooms and four baths, hickory floors and antiqued ceiling beams. Windows and doors are all new and the eat-in kitchen has been outfitted with marble counters, custom cabinetry and Gaggenau appliances. All rooms are spacious and filled with sunlight, including the large upstairs landing. Grounds include meadows, stone walls, steps and bridges, fish pond, mature trees, a shaded drive and cheerful flowerbeds. 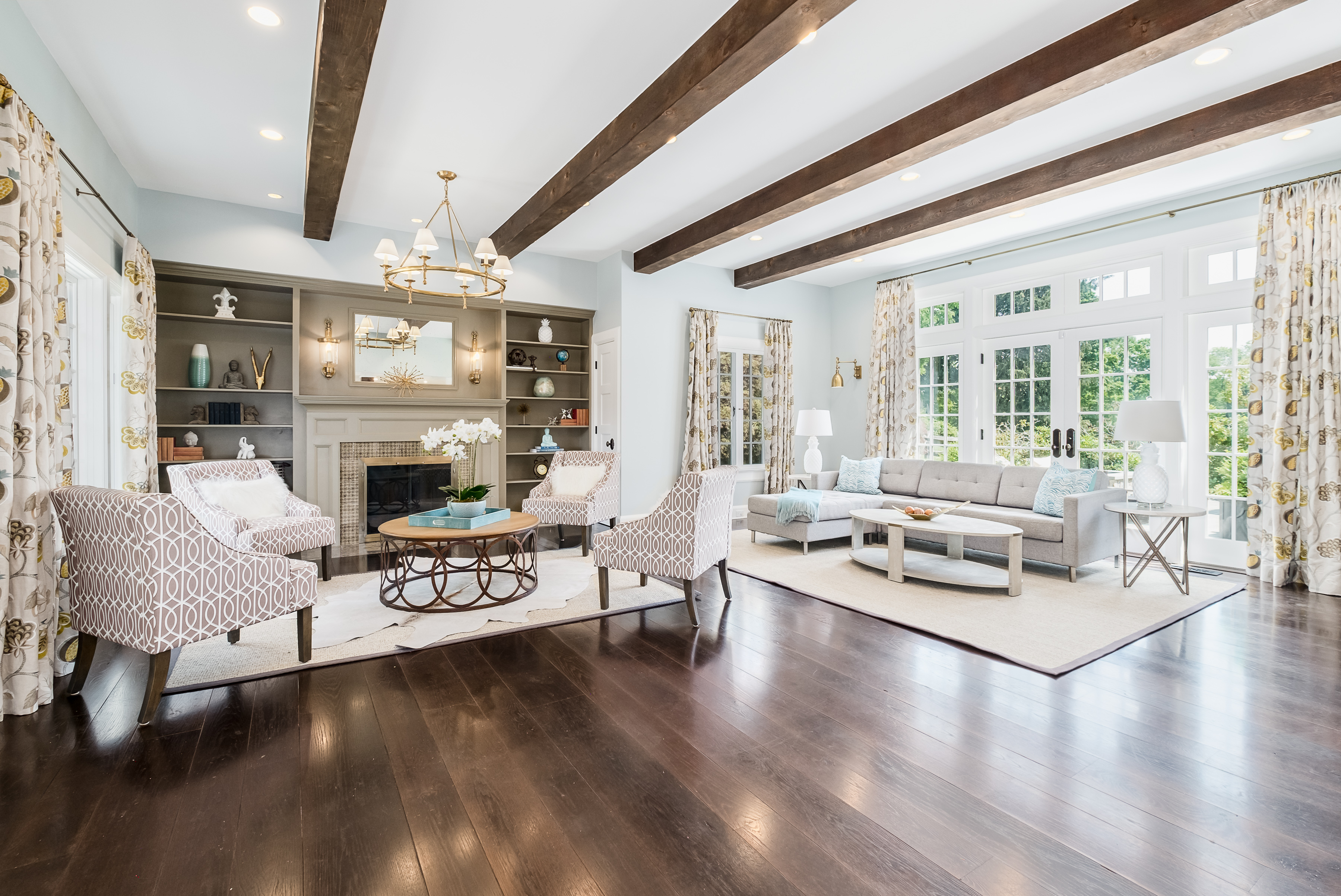 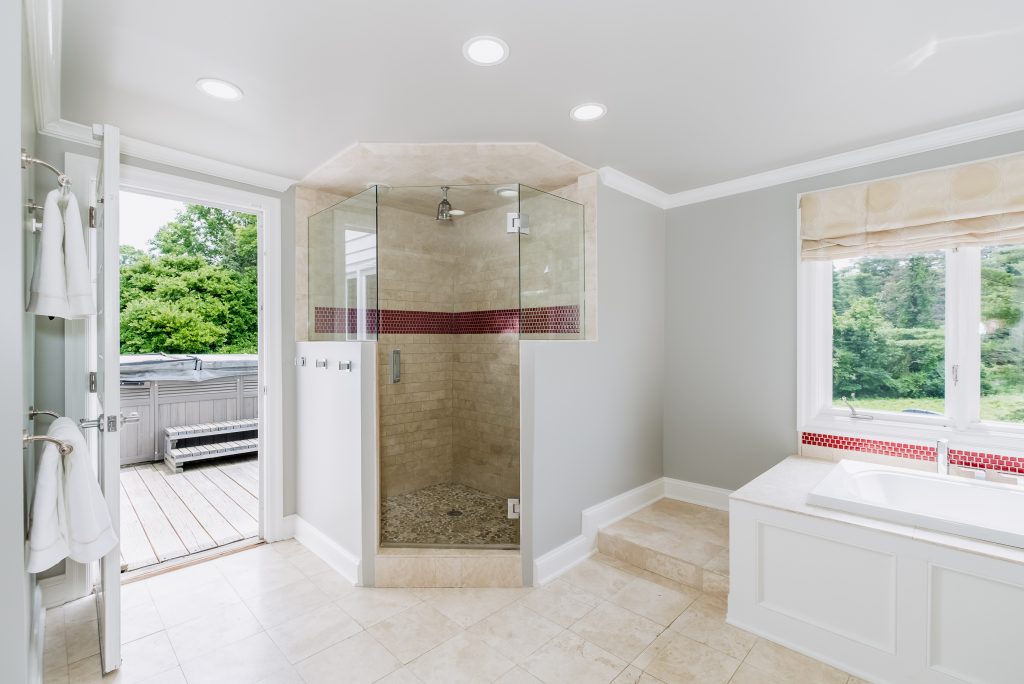 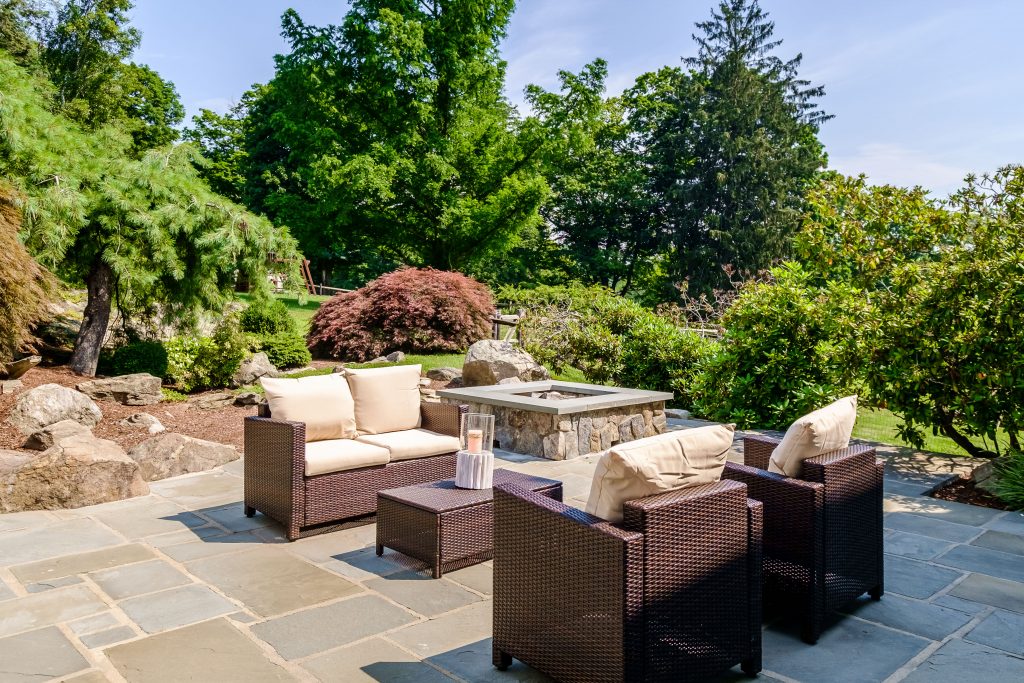