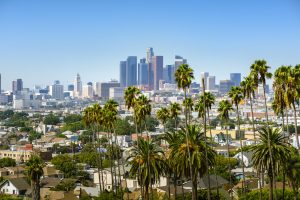 Across California, the epic heat-up in housing is prompting residents to consider moving out, according to a new realtor.com® report. In a brisk six years, the average cost of a home has jumped 83 percent—and even with a bevy of gigs in high-paying professions, for many, the combination of demand and disappearing inventory has rendered the state unaffordable.

Where are the Californians who are chasing greener pastures? All over, it turns out. Analysts culled data from outbound realtor.com searches (cases where the homebuyer looked outside of their market), along with other points, to gauge interest in relocating, and identified 16 counties with considerably higher outbound rates:

Half (52 percent) are looking to move out of the state; the other half (48 percent) are betting on a home in-state, but in another county than their current one, according to the report. For those moving out of state, Arizona is the most common destination, followed by Nevada. The areas with the most interest:

"Our research shows many California residents may have reached their breaking point," says Danielle Hale, chief economist for realtor.com. "Affordability is pricing them out of the California home market, and many are searching for more affordable options in other areas."

According to Hale, a cooldown in demand could have an impact not only on prices in the state, but also in Arizona and Nevada as interest pours in.

"This exodus could help slow price appreciation in California, but potentially heat up prices and reduce inventory in surrounding markets," Hale says. "If this pattern continues, we could see Californians drive up home prices in parts of Phoenix, Las Vegas and Prescott, Ariz."