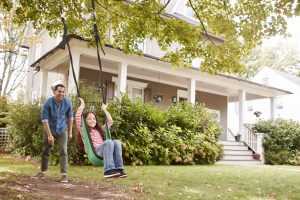 How important is your child’s opinion when in the market for a new home?

According to a Harris Poll survey that was recently commissioned by SunTrust Mortgage, of those with children, 55 percent of all U.S. homeowners and 74 percent of millennial homeowners factor their children's opinion into the home-buying process.

What are most children requesting? Perhaps unsurprisingly, the survey found that private bedrooms (57 percent) and large backyards (34 percent), topped the list of things children look for when moving to a new home.

“When people are able to reduce financial stress they gain confidence, and with it the freedom to make the right decisions for themselves and their families, whether that’s a large backyard, a swimming pool or something else entirely,” Todd Chamberlain, head of Mortgage Banking at SunTrust, tells Housecall.

However, for renters, the desire is still there and even greater than those that already own a home. Eighty-three percent of renters who responded to the survey said that they’ll factor their children’s opinion into their home-buying decision.

Below is an infographic with more information on what children most desire when moving to a new home: 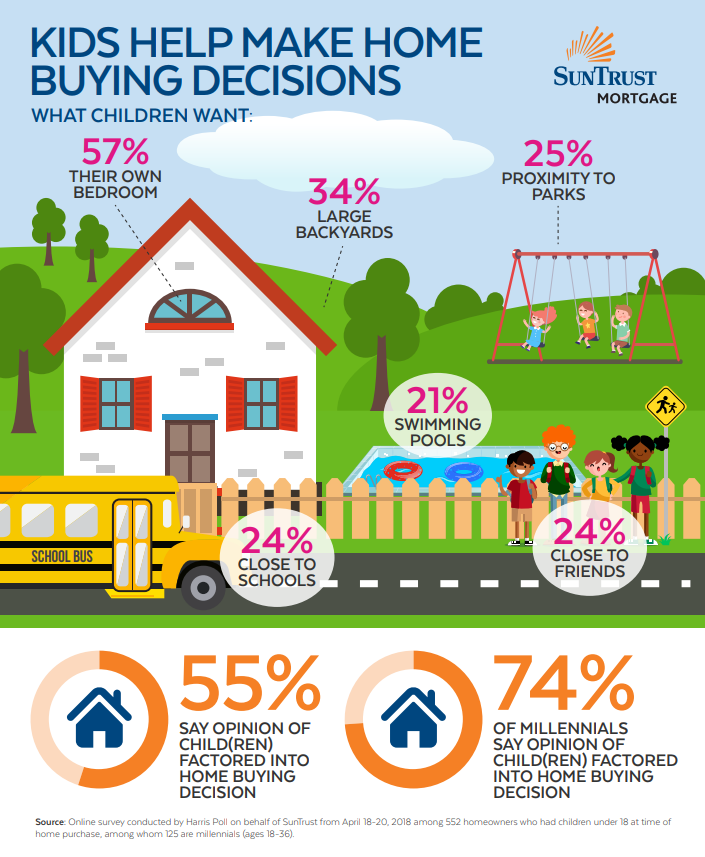 How to Simplify the Home-Buying Process for First-Time Buyers

How to Find Rent-to-Own Homes

Report: Top 10 Work From Home Counties in the U.S.

Sinking, Sagging and Other Signs Your Home Has Serious Foundation Issues