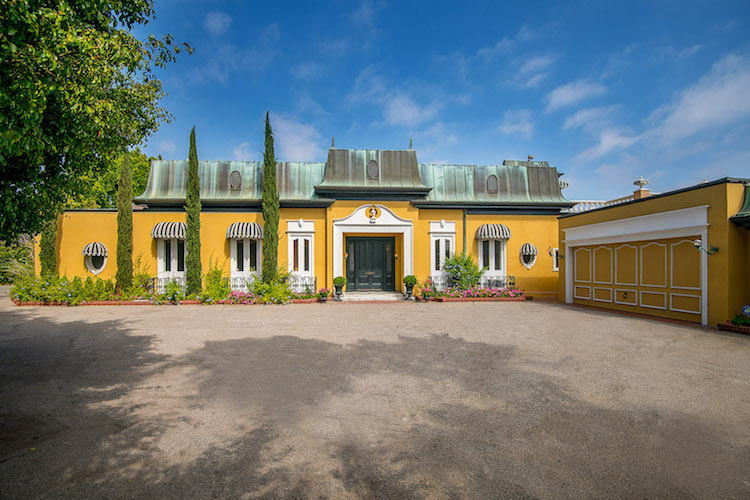 The extremely opulent estate of the late Hollywood legend Zsa Zsa Gabor is poised to hit the market at an asking price of $23,450,000, listed by Jade Mills of Coldwell Banker Global Luxury. Aside from Gabor, a lavish socialite who purchased the property in 1974, the six-bedroom estate was home to Elvis Presley, and was originally built in 1955 for reclusive business magnate, pilot and film director Howard Hughes.

The home's rich past doesn't stop there. In addition to being the setting of extravagant parties and social events reportedly frequented by Queen Elizabeth II, Ronald Reagan, George H.W. Bush, Elizabeth Taylor and Frank Sinatra, the estate was also featured in HBO's Liberace biopic Behind the Candelabra (2013) and in the Oscar-winning film Argo (2012).

The posh, gated Bel Air pad is a stone's throw from the city, with stunning 360-degree views of Downtown Los Angeles and the Pacific Ocean. The current estate contains much of its original style and grace, but when the home is reintroduced to the market, it'll include completed, approved permits and plans to construct a new 24,020-square-foot, two-story, seven-bedroom, 10-bathroom residence.

The current property offers high ceilings, formal living and dining rooms, a chef's kitchen and a master suite with a two-room closet. Outside, the second-story terrace includes a red-carpeted staircase which leads down to the pool, which overlooks the spectacular cityscape. 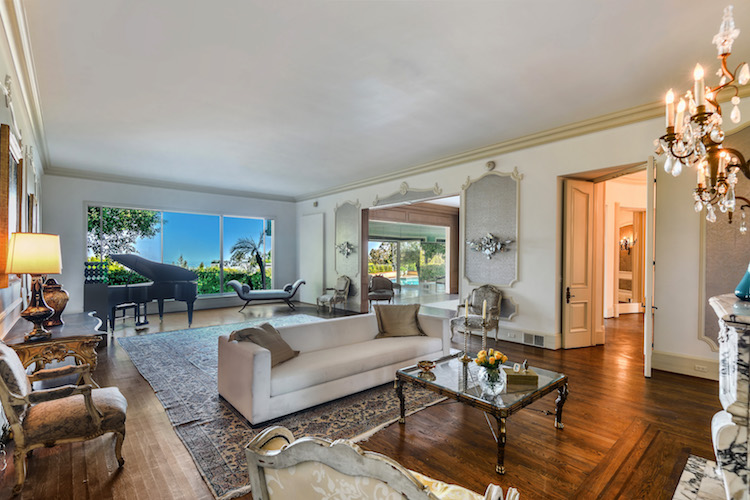 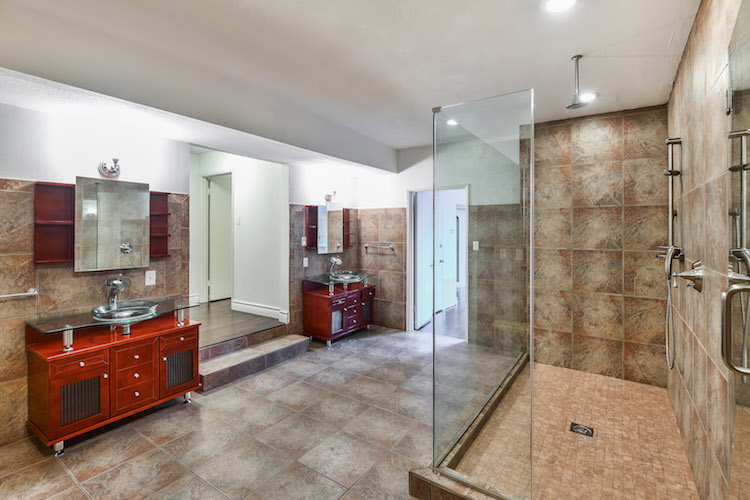 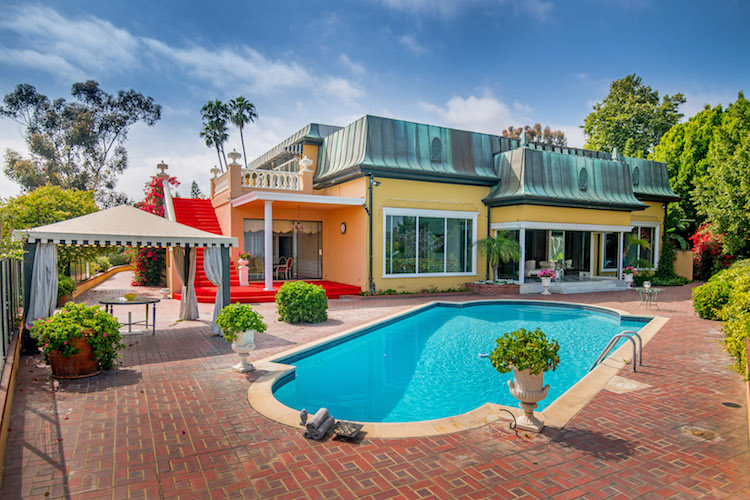 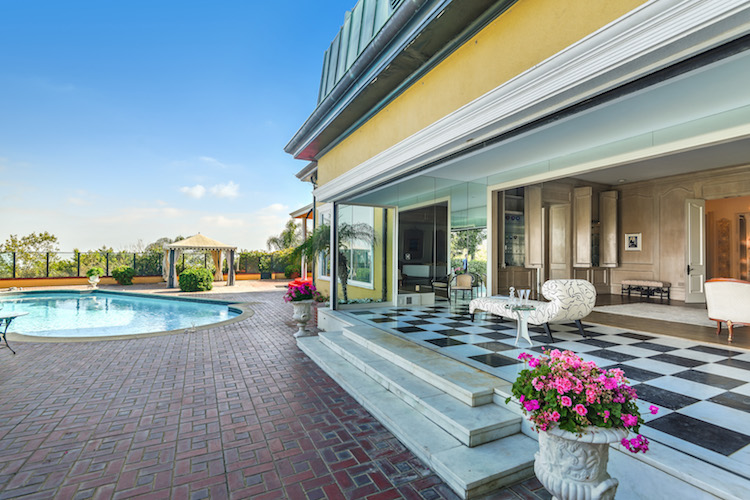