If you're part of a real estate team, it's likely you have a team leader. According to RISMedia, which recently surveyed agent teams across the country, nearly half of all respondents (48 percent) say their team is organized around a leader.

The other two choices—brokerage and self-directed—accounted for 38 percent and 14 percent of responses, respectively. This information, which is featured in the newly-released RISMedia's Ultimate Real Estate Team Guide, was compiled to get a closer look at how teams are structured and operate in the U.S.

Below is an infographic—pulled from the guide—that better illustrates how respondents say their agent teams are organized. 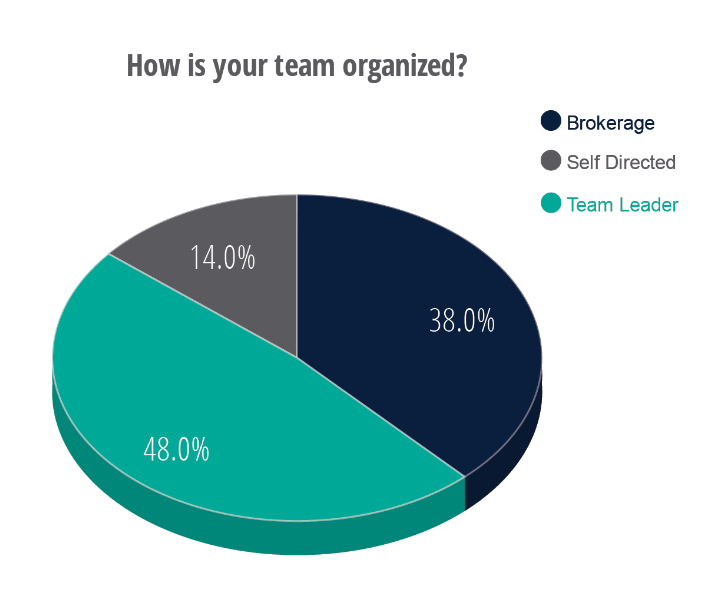 Looking to Start Investing in Real Estate? Leasing May Be a Good Place to Start