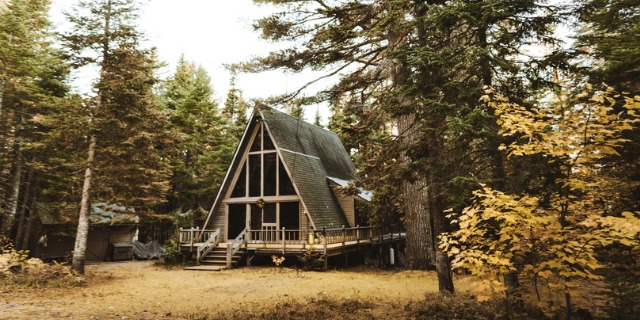 Living off the grid comes with a lot of responsibility. This includes detaching yourself from your municipal sewage system. Truth be told, sewage is something many people don't think about even when they're considering living off the grid.

Related: Top 10 States for Homeowners to Invest in Renewable Energy

There are several options if you want to break ties with your sewage system. Here's how sewage disposal works off the grid:

Since you're off the grid, that means there's no sewage system to rely on. You'll have to dispose of it yourself. Sounds gross, right? But don't worry, there are plenty of other options for disposing of sewage. One such way is a compost toilet. These come in many forms ranging from a bucket containing sawdust to a toilet that costs thousands of dollars.

Of course, if this is your first time living off the grid, it's going to take a little getting used to. But just think of all the water you'll be saving by not flushing a toilet.

There are plenty of greywater designs that you can choose from, so be sure to research further!

You may not know it, but lagoons are actually very similar to septic systems. They're mostly used in areas where the soil isn't used as a filter. Polluted water drains into a basin that contains and processes waste using microbial activity. People use lagoons instead of septic systems because it's easier to save money; however, using a lagoon comes with its own set of challenges, one being that it's a breeding ground of sewage.

How you choose to dispose of sewage is ultimately up to you. Just remember that it's your responsibility to do so when living off the grid. You can contact sewage system specialists to help figure out a system that works with your own space. Be sure to research your preferred method to have a better understanding.

Kara Masterson is a freelance writer from Utah. She enjoys playing tennis and spending time with her family. If you are in the market for wastewater treatment services, Masterson recommends Econocycle.

4 Ways to Increase Your Home’s Value With Waterproofing

Home Haunted? That’s No Reason to Move Say Most Americans

Preparing Your Home to Stand Against the Cold, Snow and Ice of Winter

Design Forecast: 2021 Color of the Year