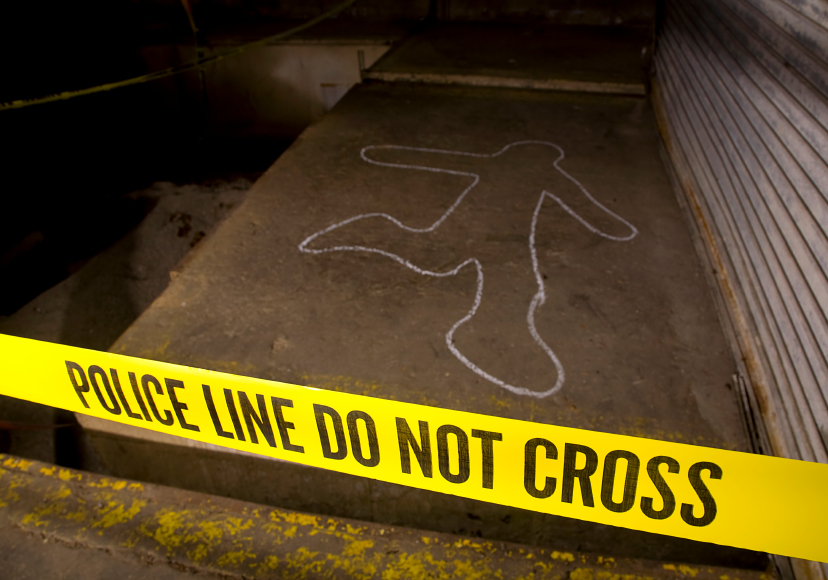 Homicides wipe a whopping $2.3 billion off the U.S. property market every year. TWEET Though it's no surprise that a murder on the premises can lower the value of your home, that's still a lot of money going cold every single year.

Finder.com has calculated the impact of murders on property prices across the United States. To do that, research from the University of Technology Sydney (UTS) was used, which found that home prices generally fall by around 4.4 percent for properties located within 0.2 miles of a homicide location in the year following the murder. That percentage was then applied to the housing market in each state, looking at the number of murders and the typical housing density as of 2014. That helped calculate the typical impact on a property price, as well as the overall impact in each state.

Which states have been hit the hardest?

These are the 10 states that saw the biggest impact due to homicide. California tops the list (it also has the highest number of homicides), while the high-density housing market in New Jersey took second place. 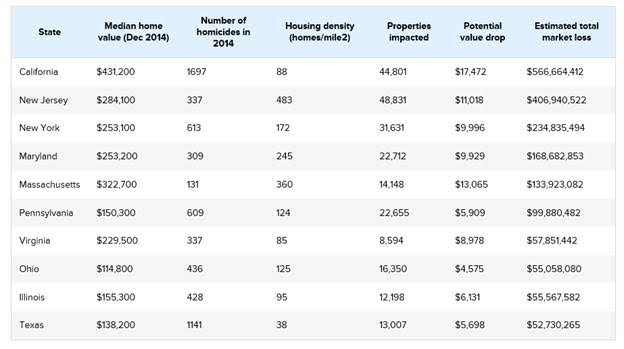 Not only are people creeped out by the thought that someone has been killed, a murder creates a perception that the area is generally less safe and has a higher crime rate. You can check out the impact across every state in this interactive chart: