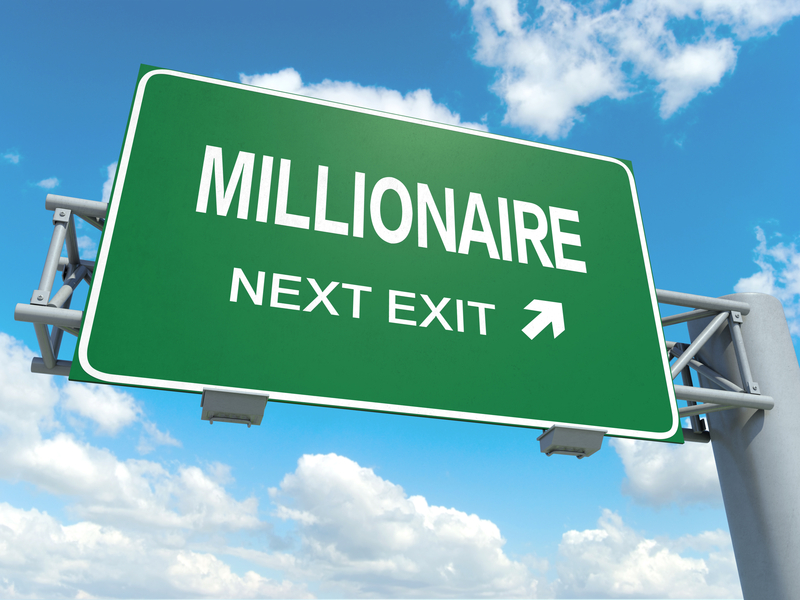 With cash to spare, millionaires can afford to move anywhere, at any time. Most, however, aren’t racking up frequent mover miles—in fact, they move less than the general population, reveals a recent study by the American Sociological Association.

The study uncovered a millionaire internal (within the U.S.) migration rate of 2.4 percent per year, below the 2.9 percent rate of the masses. The finding dismisses the notion millionaires are among the most mobile, and unravels concerns that they’re relocating to states with lower tax rates, potentially upending economies in the states they leave behind.

Millionaires, the study found, appear more attached to their careers and communities than their bottom lines.

“We tend to think of migration as a form of freedom and one of the privileges enjoyed by the rich,” said Cristobal Young, lead author of the study, in a statement. “In practice, migration comes with high social and economic costs—uprooting one’s family, breaking away from one’s social networks, and restarting in a new place.”

Many millionaires are “working rich”—“at the peak of their careers and typically earn[ing] million-dollar incomes only for several years,” Young added. “People avoid potentially disruptive moves when they are performing at the very top of their game.”

Millionaires so seldom move that the study theorized a 1-percent tax increase would result in just 23 outbound moves—a drop in the bucket of the average 9,000 millionaires states house.

The few millionaires who do move (emphasis on few) are likely to make their way to Florida, for reasons those of any means can relate to: lower tax rates and sunshine. The lure of the former, still, is nowhere near as incentivizing, the study suggests.

Some of these one-off millionaire movers may be exiting Chicago, from where roughly 3,000 millionaires departed for another state last year, according to a recent report by New World Health. The exodus, the report found, is due largely to escalating crime and racial tensions.

By contrast, millionaires abroad are moving, with many relocating to the U.S., the New World Health report shows. Last year, 7,000 millionaires made the move stateside, making the U.S. the country with the second-highest amount of new millionaire residents in 2015. San Francisco and Seattle added approximately 2,000 and 1,000 foreign millionaires to the mix, respectively, with most from China and Southeast Asia.

At both the country and state level, retaining millionaires is important. Aside from providing substantial tax revenue, millionaire business owners hire existing residents and attract new ones, imparting a positive effect on property values.

For now, pundits have less cause for concern. Millionaires on the home front are staying put, and the U.S. is drawing more by the thousands. Tax reform will likely have minimal impact on their internal migration patterns in the future.

“Our research,” Young concluded, “indicates that ‘millionaire taxes’ raise a lot of revenue and have very little downside.”